Join us for a fascinating performance of Respighi’s Lauda per la Nativita del Signore, an exquisite but rarely performed piece of music.

In this song of praise to the miracle of Christmas majestic sounding choral passages alternate with solo roles for Mary, the Angel and the shepherd, accompanied by the sound of pastoral instruments. The music is varied, containing elements ranging from the late romantic to neo baroque, as well as echoes of Gregorian chant. And towering above all is Respighi’s trademark: the art of orchestration.

The program includes several carols by John Rutter, an “Ave Maria” by Franz Biebl, and other wonderful holiday pieces. 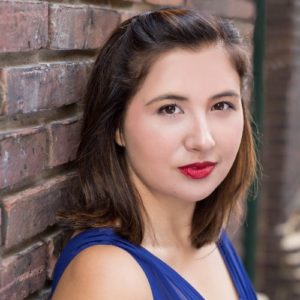 Franco-American soprano, Sarah Hayashi, started her operatic studies at the Peabody Conservatory in Baltimore before continuing at the Royal College of Music in London and the Wales International Academy of Voice in Cardiff. During her studies, she sung the roles of the Fire, the Princess, and the Nightingale L’Enfants et les Sortilèges, Miranda in the world premiere of Douglas Buchanan’s Ariel’s Tempest, Miss Ellen Lakmé [Peabody Opera Theatre]; Erste Knabe Die Zauberflöte, Emmie Albert Herring [Royal College of Music]. Other roles include Belinda Dido and Aeneas [Little Patuxent Opera]; Euridice Orphée aux Enfers [Bel Cantanti Opera and Bearwood Opera]; Despina Cosi fan tutte [Seastar Opera]. This past January, Sarah made her role debut as Blonde Abduction from the Seraglio for the Bronx Opera. Sarah was also a finalist in the London Handel Singing Competition, a winner of the RCM Concerto Competition, a winner of the RCM Early Music Competition, and a semi-finalist at the International Cesti Competition.  She was also the recipient of the Maryland Distinguished Scholar of the Arts award, Evergreen House Foundation Scholarship, Charles Brachini Award, and the Josephine Baker Trust. She has also performed extensively as a recitalist in the US, the UK, and France. Recent performances include Blonde Abduction from the Seraglio with the Bronx Opera, Susanna Le Nozze di Figaro in Sicily and the Queen of the Night Die Zauberflöte in Germany.

Mezzo-soprano Christine Thomas has performed everything from the motets of J.S. Bach to the melodies of Irving Berlin to the minimalism of Philip Glass. The Milwaukee Journal-Sentinel called her voice“an amazing instrument.” The Washington Post said, “her voice is lovely and her stage presence is natural and full of vitality.” Equally at home in opera, oratorio, cabaret and musical theater, Ms. Thomas has performed with Lyric Opera of Chicago, Chicago Opera Theatre, Washington National Opera, Central Maryland Chorale, and Concert Artists of Baltimore. She is an alto soloist at the Cathedral of Mary Our Queen and at Temple Oheb Shalom in Baltimore.

An advocate for contemporary American music, Ms. Thomas recently commissioned composer Garth Baxter to set Six Songs by Irish Poets, which she will be performing on a house concert in Baltimore in March 2020. She has created roles in five world premieres, including The Woman in Red in Dream of Valentino at Washington Opera, and more recently, Rachel Lynde in Memoirs of Anne at Harford Community College.  Ms. Thomas received an M.M. in vocal performance from the Peabody Conservatory. She is the sole proprietor of Mezzoid Voice Studio in Roland Park. 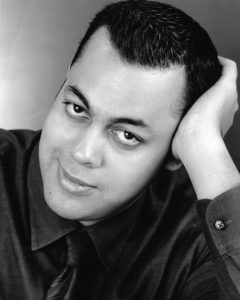 Vijay Ghosh is a graduate of the Peabody Conservatory.  He has appeared in recital, concert and opera throughout the Baltimore and Washington D.C.area including Tamino in Mozart’s Die Zauberflote and Don Ottavio in Don Giovanni, Donizetti’s Don Pasquale, and Flute in Britten’s A Midsummer Night’s Dream.  Vijay has also been a member of the Washington National Opera Chorus for 13 seasons.

Save $5.00 off the door price by ordering tickets either online (click the Purchase Online link below), or purchase tickets at one of the local vendors below.

Add This Event to Your Calendar: